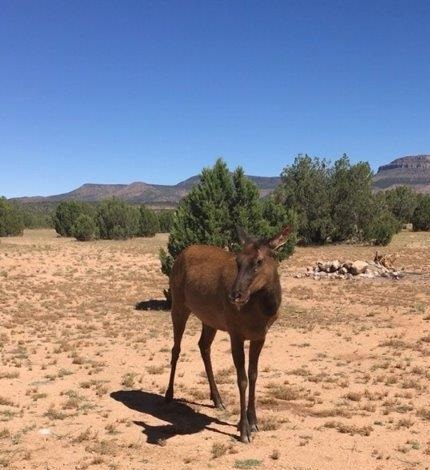 On Sunday, June 23rd, at about 4:45 am Kingman Police began receiving reports of an elk causing a traffic hazard in the area of Airfield Ave. and Harrison St. Officers arrived and found the cow elk to be walking in the roadway. Officers were able to direct the elk into the Mohave County Fairgrounds where they were able to keep her contained. AZ Game & Fish was notified. Later in the day AZ Game & Fish responded and were able to sedate and capture the animal, releasing it at an undisclosed location.