City Offices Closed to the Public for Two Weeks.  Follow this link for more COVID-19 Information.

At this time special provisions that have been put into place for people who do come to the Kingman Municipal Court including:

No court dockets moving forward shall have more than 10 individuals scheduled on any one particular docket. Furthermore, jail transports have ceased and inmates are no longer being transported from the Mohave County Jail to the Kingman Municipal Court as their cases will all be addressed by video.

The Court is requesting that individuals appear telephonically if at all possible for their respective cases. If they have an attorney these individuals are asked to contact their attorney about waiving their appearance in court and proceeding with their cases in an alternative manner. Furthermore, the court will be suspending walk-in warrants at this time.

There are alternative ways for individuals to conduct court business without having to personally appear at the courthouse. There is a lockbox on the outside of the courthouse where individuals can leave correspondence and payments (no cash). They can also make payments on their cases by going online to either www.mohavecourts.com or www.azcourtpay.com. Individuals may initiate protective order proceedings by going to azpoint.azcourts.gov and completing their paperwork electronically and can contact the court by phone about proceeding with their initial protective order request telephonically. And if someone needs a continuance of their case or needs additional time to comply with other court orders they may call the court or email the court as well at kingmanmunict@mohavecourts.com to correspond on these issues without having to personally appear at the courthouse. Updated information will also be listed on the court’s webpage Municipal Court.

The Kingman Municipal Court handles the following types of cases:

The Kingman Municipal Court is located in a building constructed in 1896 and formerly known as The Little Red School House where grades 1st - 8th attended school until 1928. After the students moved to a new location, the building served many groups: The Catholic Missionaries and the Christian Science Church; The Elks Lodge; and it housed the Ration Board during WWII to name a few. At the end of the war, the Chamber of Commerce moved in along with a Public Library.

In 1974, the building was placed on the Register of Historic Buildings and with some internal remodeling, the Public Library became the sole occupant. As the library grew, there became a need for a new building and they moved out. By this time, the City of Kingman owned the building and, in 1992, decided to renovate the building and it has been home to the Municipal Court ever since. 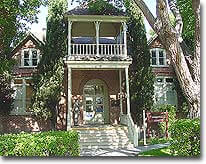 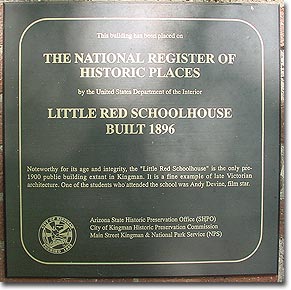 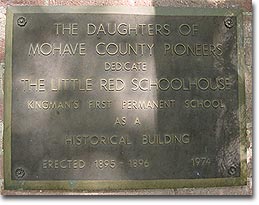 AZPOINT, the Arizona Protective Order Initiation and Notification Tool, has been designed to help you fill out a petition for an Order of Protection. Through an interview in AZPOINT, you can quickly and accurately fill out the forms that are needed to request an Order of Protection at an Arizona court. An Order of Protection is a court order that is issued to stop a person from committing domestic violence or from contacting other people protected by the order. The portal will also help you figure out whether you (the plaintiff) and the person from whom you are seeking protection (the defendant) have a qualifying relationship for an Order of Protection. Your information will be saved in AZPOINT for up to 90 days. At any time during this 90-day period, you may take the next step of filing your petition at an Arizona court. Until you file your petition at a court, you will be able to return to AZPOINT to update your information if necessary. You are encouraged to speak to a victim advocate before you file your petition. An advocate can help you make a safety plan and give you more information about how an Order of Protection works and how it will be served on the defendant. For more information, click here to go to AZPOINT.